So i was more or less devastated, tensed, felt raw and lost some few hours back ..

Last Thursday me along with my hubby and in laws went to puri in orissa for Jagannath darshan ( Lord Krishna). Since I believed that after marriage and before honeymoon i should go and seek blessings of Maa Vaishno devi at jammu but since my hubby wasn’t able to get enough leave from his office, then everyone decided to go Jagannath as it was not too far and its an overnight journey by train from kolkata.

So we went ahead knowing that it was the time of Rath Yatra and lord Jagannath visits his maternal aunt for few days in a chariot and comes back into the temple where till that time his replica is placed.

So Puri this time is a hot spot for tourists ( mostly Hindus from other states) who flock there to see lord Jagannath and enjoy the Puri Beach, which is an epic beautiful place with all the sea water gushing to and fro and sea waves making sounds.

Here i Must confess that am not a whole hearted bhakt of Lord Krishna , though my hubby loves reading his geeta and currently he is reading Osho’s Geeta Darshan and from his readings he speaks to me of his many teachings and life skills which are very enlightening and realistic. I love listening the bhagwat katha of Krishna and his various Lila’s (maya) but unable to replace the love i have for shiva to him. So still not seriously like i would do when i am to see shiva i went jagannath puri , thinking of shiva as the jagannath unknowingly.

During the  morning we were not able to see  lord Jagannath, there being a huge crowd of  people jostling , fighting and pushing others just to climb on the chariot of lord jagannath, and even the other two chariots of subhadra ( Krishna’s sister ) and Balaram ( Krishna ‘s elder brother) that had equal share of people fighting to reach atop.  As if this ordeal was less in grace there were many pandits who snatched away the hands of the people who thought could shell out loads of cash to see the lord , they clutch the hand so tightly swearing by god that they will make you see and do the puja of lord jagnannth even in this endless sea of people standing and pushing in the invisible ques where the pandits were not spared the policemen s lathi ( wooden stick ).

All this time i was being pushed and twitched in the crowd but thanks to my hubby he never left my ‘body’ alone And between all this time i kept comforting my mother in law, as she was unable to bear the heat, sun and reckless people who shoved her and pulled her spectacles out of her sight, i kept soothing her saying its just for once and if not possible we will go back to the hotel. Finally we were not able to make it and upon a pandits advice we decided to come back in afternoon as he said that is the time when there are less people and we can do the puja and darshan.

So before the afternoon we bathed in the rain and sea water on the beach and went back for darshan, it seemed the crowd was less but then all of a sudden the people in the que grew more and more there were not one or two or three lines rather no lines at all it was again a crowd  that grew more and more around us and we began to feel the heat. Again the same pushing , pulling begun and this time it was more humiliating since the the police personnel’s who were trying to control the crowds actually hit the people anywhere they felt right in a fit of rage, actually they were also helpless controlling so many people was a tough task. so we still managed and struggled for about 2 hours or more just to see lord jagannath once ,but to no avail we went back to the tea stalls nearby for some water and refreshments.

View of Lord jagannath from a stall taken just before the loss.

As soon i opened my handbag for keeping my mobile phone after taking pictures of lord jagannath, i was shocked to see my handbag  ripped open , cut from behind and my brown wallet was gone, it had all the identity proofs like voter Id card , driving license, pan card, debit card with good cash amount , my gold chain and engagement ring and even my hubby’s engagement ring, that i had kept safely in it before going to the beach as i feared losing them while bathing because water softens the hand and rings may lose their grip.

I was stupefied and helpless for some time maybe an hour or so, but inside i was thinking that i had this intuition before, that i was about to lose my brown wallet in this the trip and as if i was wanting it to go. I don’t know why but i never put my little earrings in that wallet i put them into the small chains of my handbag, and it was that day i did not do so.

To narrate what i felt at that moment is something very bold and complicated because there was sense of loss but there was actually not that much of pain , i had to forgo almost things worth 2 lac and more and its a huge amount for me really huge, but why i did not feel so so sad as to have almost a week full of guilt, pain anger, cursing the thief , or just going berserk.

To this day even, I haven’t spoken of any ill for the thief though i just imagine the look on his face when he would see how fool i was to keep all that for him and how he would dance with joy and happiness on getting such a good deal, even though its not as if his whole life would change, but its more than enough to keep him high on spirits. anyhow we registered the FIR and had to devalue the value of the gold and cash that was stolen since we had to immediately procure the receipt of those ornaments in order to get the FIR lodged, but who had all that ,at that point of time, so we just thought of getting the FIR so as to apply for identity cards as soon as possible and more because we were not in our home town and for me i was even more far from my mother’s home.

Ever since this incident I haven’t told my mom about it, and thank god she is not aware of my blog nor the Internet. She took so much pains to make that gold ring for my hubby by giving her own gold ornaments of her marriage for making that ring. I feel doomed at some point of time for being so careless and guilty for losing her hard earned money which she gave for us to keep as we still need a lot of  financial support from both the families and along with this my savings had gone too that i had been doing for so long time .

money at least from my savings , Anyhow if it had to go it had to go no matter what it was, the time that took it away and of course lord jagannath ( Krishna) he is complete mystique a psychologist and the most cleverest and intelligent of all the gods we have, whatever he does is for the good as i know of him.

And now its over i have to pursue for getting all this material identity again which will keep me busy for days to come and its test of my belief and spiritual consciousness and i cannot give all credits to Kanha ( krishna the jagannath)  for enlightening me on this i would give it more to Shiva the Supreme , peaceful, simple and an ascetic with ashes who let’s me be nor happy nor sad in every state. Even after losing all the materialistic things and material identity, i still believe in Shiva, and today its my first Sawan Somvaar Fast as the Fasting Sawan begins today on Poornima, from this day to next 4 Mondays will be somvaar sawan vrat.

And with this firm belief in my lord shiva i know ill be able to break this time as well into pieces and move out of the clutches of loss, which is actually a material loss that was never mine as it would have never gone along with me when i will die. It would only how something i gathered helped the other and thank the lord for he has given me enough potential to gather and give always. 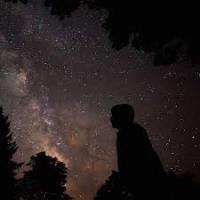